There’re tons of things coming up everyday in this fast-growing technology world, and customers like me have tons of choices when it comes to buying any kind of stuff. Then what is my standard of it to help me avoid lots of bad things out there on the market?

Needless to say, when you are facing some choices or alternatives in a specific type of service, for example, a GTD app on your smartphone, typically on the iOS platform you’ll see OmniFocus 2, 2Do, Wunderlist and so on. The choice of mine is OmniGroup’s OmniFocus 2, an easily made decision for me. The reason why I chose this app/service is because the company and history behind this app. OmniGroup has been a excellent and consistent developer for both MacOS and iOS platform for over 10 years, and I have no reason to choose other apps when I know I can get a steady service from a more trustworthy company in my eyes. When you buy an app, you are not only buying the service now but also the service in the future, since nobody is hoping to get an app that will be taken down from the App Store or discontinued by the developer. For instance, when the app Ember from Realmac was discontinued, a lot of customers were whining about the developer without giving enough efforts to loyal customers, with a fact that this was an expensive and professional app. If people spend $60 in an app but only get 1 year of use, then it is totally unacceptable, making the developer’s other apps lose trust from customers. To take this discussion further, for instance, what if you want to buy a car? The first thing you need to consider is the company and history behind the brand, again. Take Volkswagen as an example, the diesel car scandal truly has made some customers distrust this company anymore, but the history behind this brand has still enabled itself to attract new customers worldwide. Another example being Samsung, we all know what happened to its 2016 flagship smartphone Note 7, but somehow its strong background and good history have together helped make a comeback this year with the new S8. It seems like I am persuading people to buy "old-fashioned" stuff instead of trying new things, but actually I am not. I am, too, a guy who likes to try new things, for example, I went to grab a Nintendo Switch before I can’t: 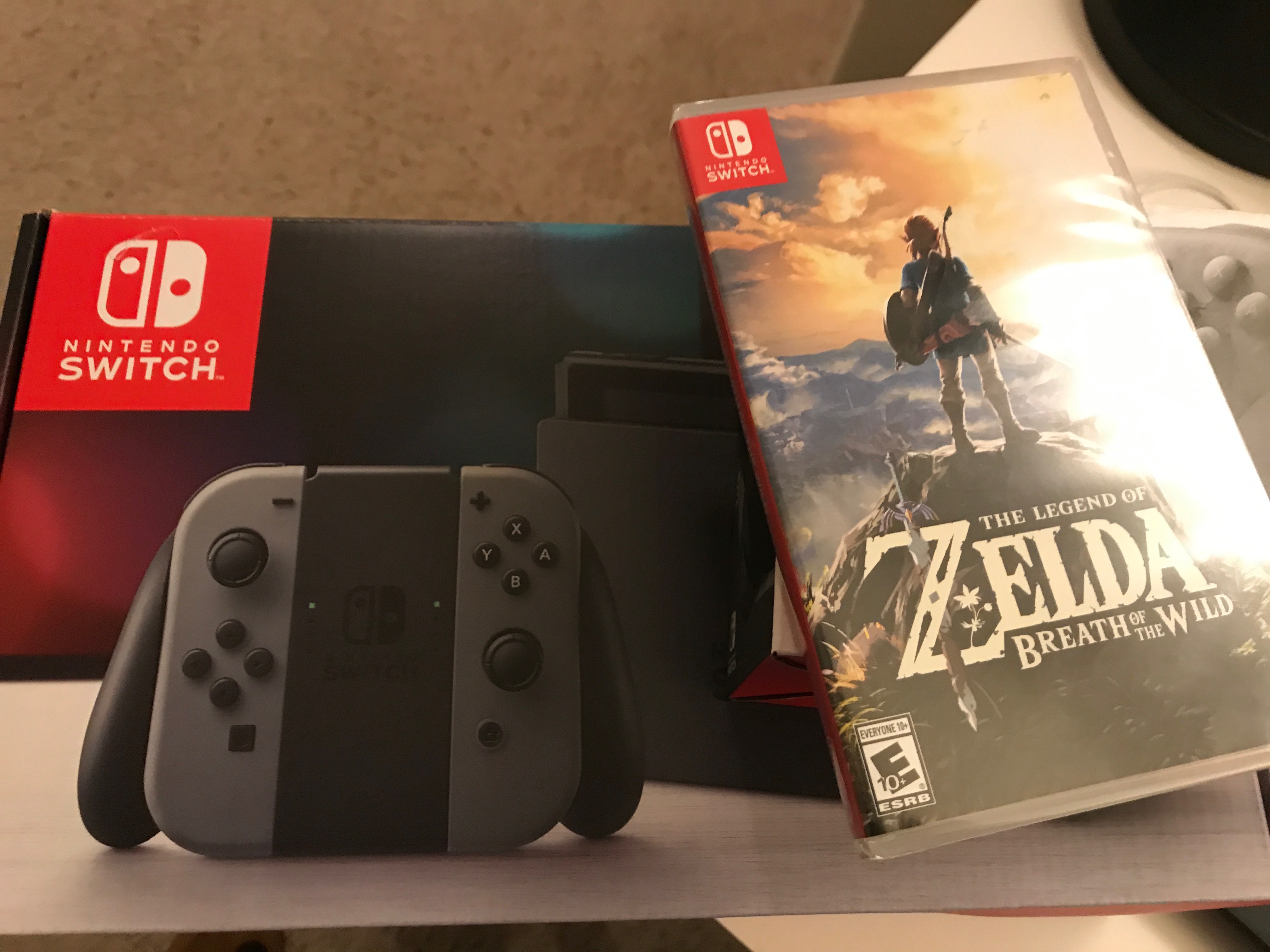 If we also want to touch on the criterion on buying/trying new things, it is also easy to tell: Also buy those things that have overwhelming positive comments and reviews. Sadly Nintendo Switch is one of those great things, so before I hop on the flight back to China where I can’t get one as easily as I do here, I decided to grab one from Amazon last week when it was available. Okay, well, perhaps I slapped on my face regarding to what I have said in my last article, but NS is so damn good! Another good exercise for my standard lol!

Especially in the tech world, things like kickstarter or beta projects from some companies are selling concepts or ideas only to customers. Things being purchased might not be worthy of owning. If you are a tired customers like me, buy things that have been well tested and are from a well-known company. If you want to try something new, buy things that have almost one-sided positive image. Any final words…? Yes, please avoid flying with United Airways, it is just not a reliable company.