The first two weeks since the launch of Nintendo Switch has been unprecedented, with Switch already being the most popular game consoles that have ever been created by Nintendo. I, as well, am quite tempted to get a Switch despite of its rarity at this point, but there’s also a voice inside of my heart telling me to be calmed down. 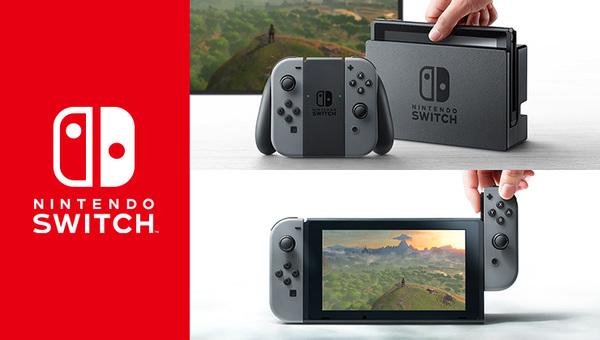 The blockbuster, Zelda: The Breath of The Wild, is a 10/10 game according to various game-reviewing websites. It is quite amazing in details and controls, and for sure is an awesome game to play, locking in the best game of the year award. However, this game has also pushed the console powerhouse to the limit, depicted by quite a lot of people, so I can easily assume that more power-consuming games, such as the upcoming FIFA and NBA 2K18, will not be as amazing as their PC/PS/XBOX versions. Nintendo is not famous for the video quality of its games, but for its fun instead, so it makes sense by limiting Switch’s resolution to 720p regardless of the current trend in pursuing pure horsepower.

After all, apart from Zelda, there’s no other single game that is quite convincing for gamers to buy. It’s not because of the lack of performance of Nintendo Switch but the lack of third party games that makes it not quite worth buying right now, unless you are a Nintendo fanboy. I do appreciate what Nintendo is offering on this platform, and I also believe Switch will be one of the best consoles in the future, but I will choose to wait for several months to see how the other games and companies are planning to follow up on this platform. Wii U has been a disaster in third party titles, and making itself uncompetitive to a lot of gamers. The mainstream type of gamers, as it is displayed, is the one who play PC/PS/XBOX titles around the world. If Nintendo is going to make Switch a worldwide phenomena, it still has to prove it.

Seriously, I am going to get a Switch someday, but not now, not near.