Approximately 1.5 years ago, Tim Cook announced the "best ever" iPad that Apple has ever made — the 12.9 inch iPad Pro. Up until now, this gigantic piece of glass is still the most relentless powerhouse among all IOS devices and even in the all tables market. Recently I have listened to quite a lot of podcasts of Canvas and Mac Power Users in the Relay FM programs, and I sort of find out the unsatisfying fact to all Apple fanboys that iPad is far from a PC replacement, and it is due to the software instead of the hardware of it. 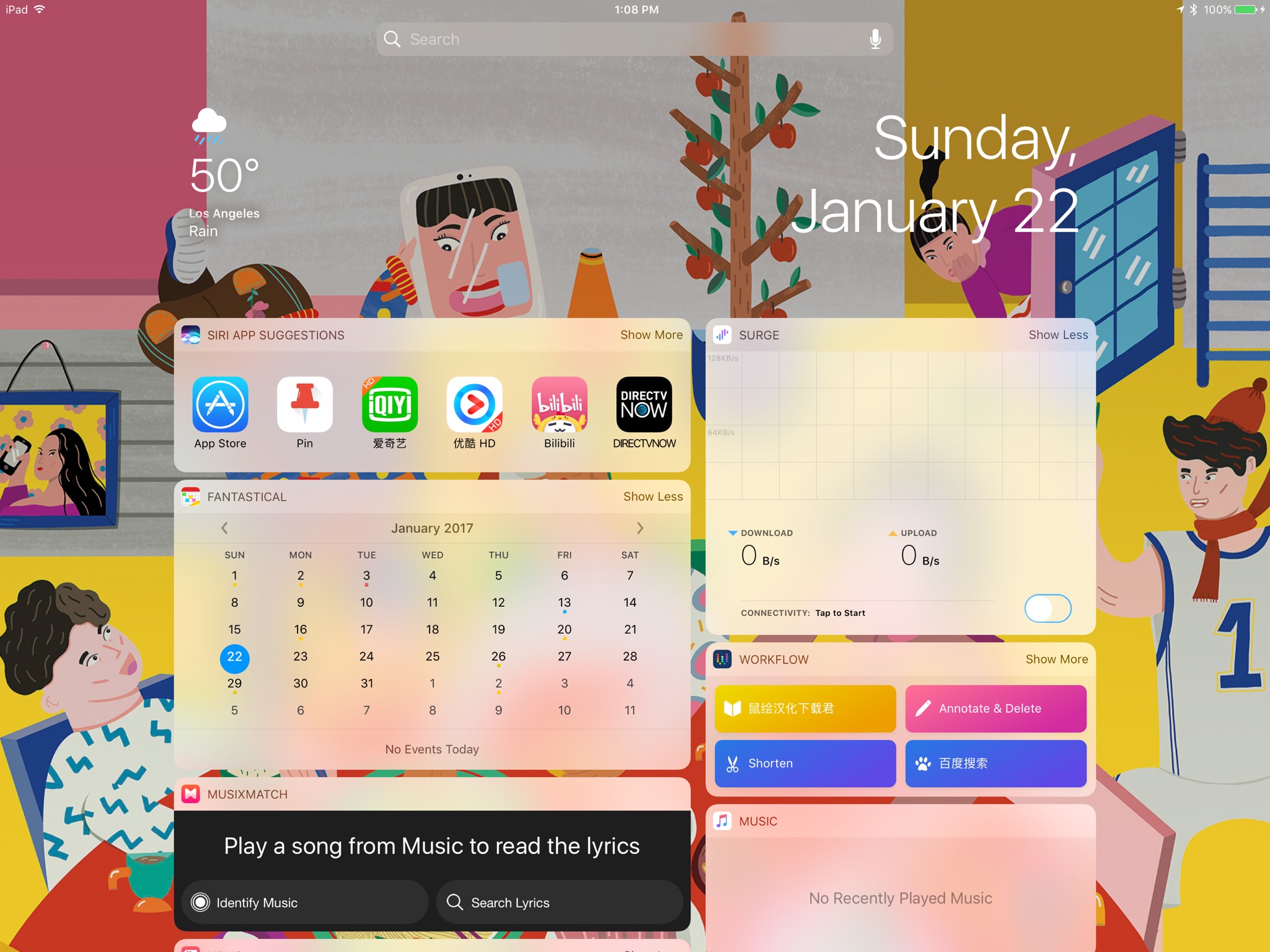 Around two years ago, the IOS 9 has marked a huge improvement in IOS productivity field, by adding the share button and some iPad-only features like split screen.

However, in IOS 10, Apple has let power users down and once more, in the newly-released IOS 10.3 betas, Apple still hasn’t added any "remarkable" features that can truly make iPad Pros as PC replacements. That is to say, the existing problems such as the App Picker for SlideOver, a file management system, the multiple instances of one same app and so on, have not been solved. Up until now, many normal workflows on MacOS and Windows are still felt quite clumsy and inefficient on iPads. It does not mean iPads can’t fulfill the workflows, instead, from my perspective I believe 80% of the daily tasks can be done on iPads. But the thing is, I need to spend 2x or even 3x more time to finish them on iPads, and if I have a Mac or PC, why wouldn’t I pick them up and do it on them instead?

After listening all the podcasts about iPad productivity, I sort of realize that those who claim they can get work done on iPads, are mainly working in the areas of writers and artists. For example, writing, note-taking, drawing, presenting and so on. A fact that is often mislead by those fancy commercials is, most of us won’t be only doing writing for a living. Instead, for example when we work in a company, we need to do file-sharing, presentations, some writings and editing, file management, emailing, coding and so on, at the same time. I still don’t see a point that iPad will be a replacement for that, especially when the IOS development is bogged down. 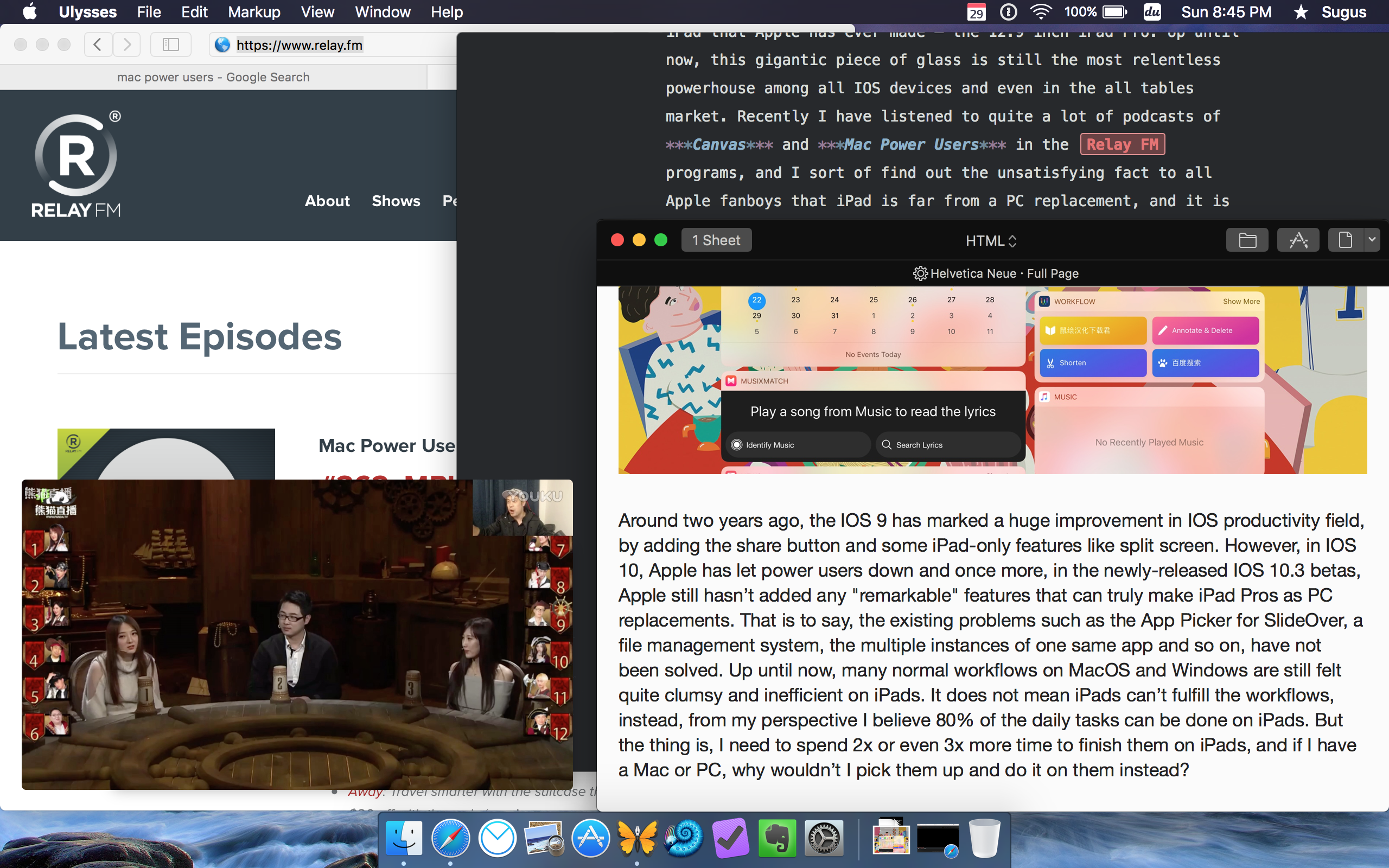 After all, iPads are perfect devices for most media consumption and some light work. However, apart from that, I just hope Apple doesn’t give up on the development of Macs despite their low shares, because they are irreplacable.