Let’s get to the thing straight: are you still using a lot of apps like what you once did when smartphones were just created? For app-lovers, the answer might be yes, or even more, but how about for average users?

I completely deleted apps such as Instagram, Facebook because I no more need them to be always at hands and when I do need them, their web version "apps" are good enough to play with. These are two biggest contributing reasons why I think mobile apps are dying. Think about the times when you install 100 apps on the phone, but rarely use any of them because you are installing apps just because you love apps, not because you need them. 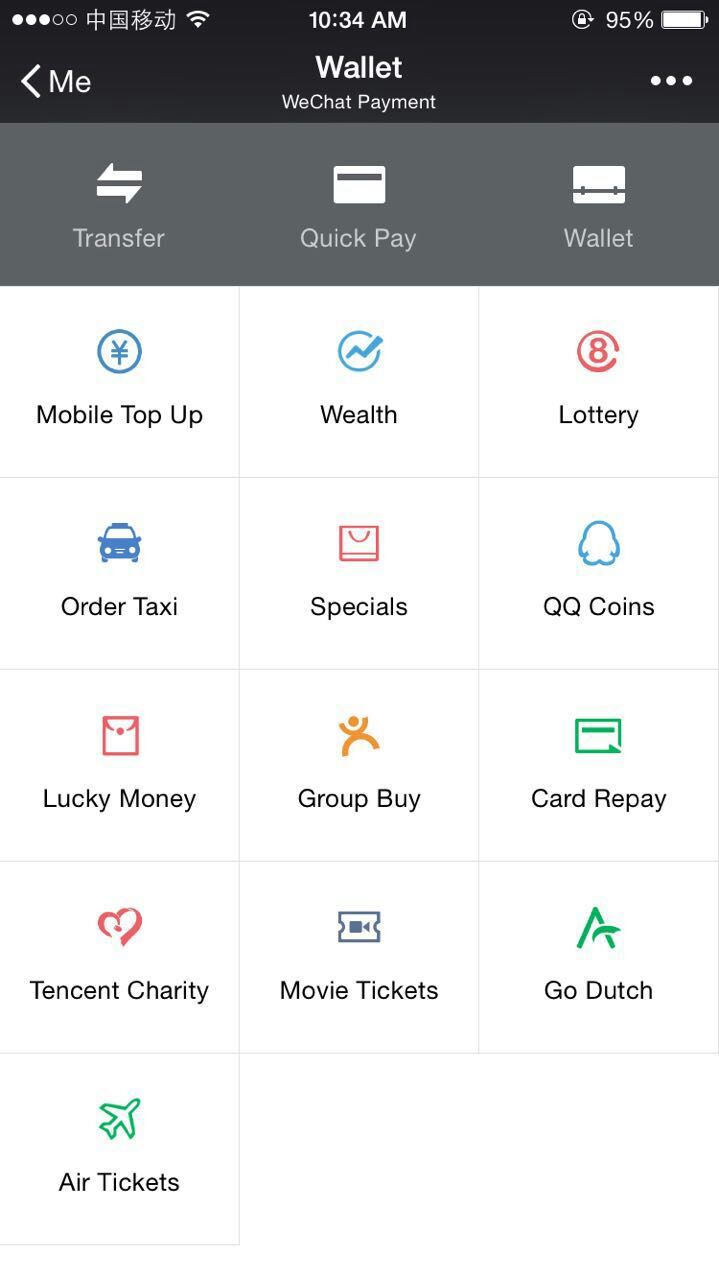 WeChat, the most popular instant-messaging app in China and owned by the biggest Chinese Internet company — Tencent, is launching an App Store-alike platform inside the app. Many criticized it because this action might be in breach to the Apple’s own App Store regulations. However, this is, somehow in my opinion, the right way to develop our life on smartphones. For example, now in China, we can call Didi taxies(of which company acquired Uber China recently), and pay for fees such as carrier network, electricity, etc., and pay for stuff in a lot of retail stores in physical transaction. Basically, it acts as Apple Pay, Venmo, Uber, Experia, Fandango and much more, in terms of similar American terminologies.

I know, I know, in the America people are encouraged to compete so there are Verizon, T-mobile, AT&T and Sprint, for example. Same in China, too. WeChat has some other competitors but it is the best one in the similar service providers, like what Verizon is. Fortunately for WeChat, it also has the biggest user base across all platforms. Therefore, WeChat has enough bargaining power to persuade their users to accept their changes, like what Apple is doing by cancelling the audio jack. I have no doubt at all about Apple’s decision not representing the real future, just like I have no doubt believing the shrink of App markets in the future.

How many apps are truly needed in daily life? Messaging apps, such as snapchat, whatsapp, Email apps, photo & video apps, social apps… People might have different choices towards what type of apps are the imperative, but think about this possibility, just like the WeChat example, what if one app can also do what some of the non-crucial apps can do? Facebook does it all, for example, if one prefers Facebook over others. By focusing to make a new app platform within one app, it creates brand new opportunities and can save a lot of hassle for users.

Apple Maps is now doing this, too. By integrating Uber, Lyft and some find-parking apps inside the Maps app, it can now do much more things than it used to be, making it a stronger competitor against Google Maps. The thing is, in my eyes, Apple can definitely make this process simpler like what WeChat does, by establishing the connection between Maps app and other third-party apps without the need to download the third-party apps themselves. My guess is because Apple Maps is Apple’s own product so there’s no need to damage the App Store itself, but a lot of imagination can be made on the Google products. What if one day, Google announces that the Google Search app’s Google Now function or widgets are open to all developers? What if a more integrated future among great apps?

Overall, in general terms I am not predicting the death of mobile apps, instead, I am looking forward a more integrated and new form for "applications". Not every type of service needs a dedicated app, and that is the point.